Bronze for Belgium at the European Championships 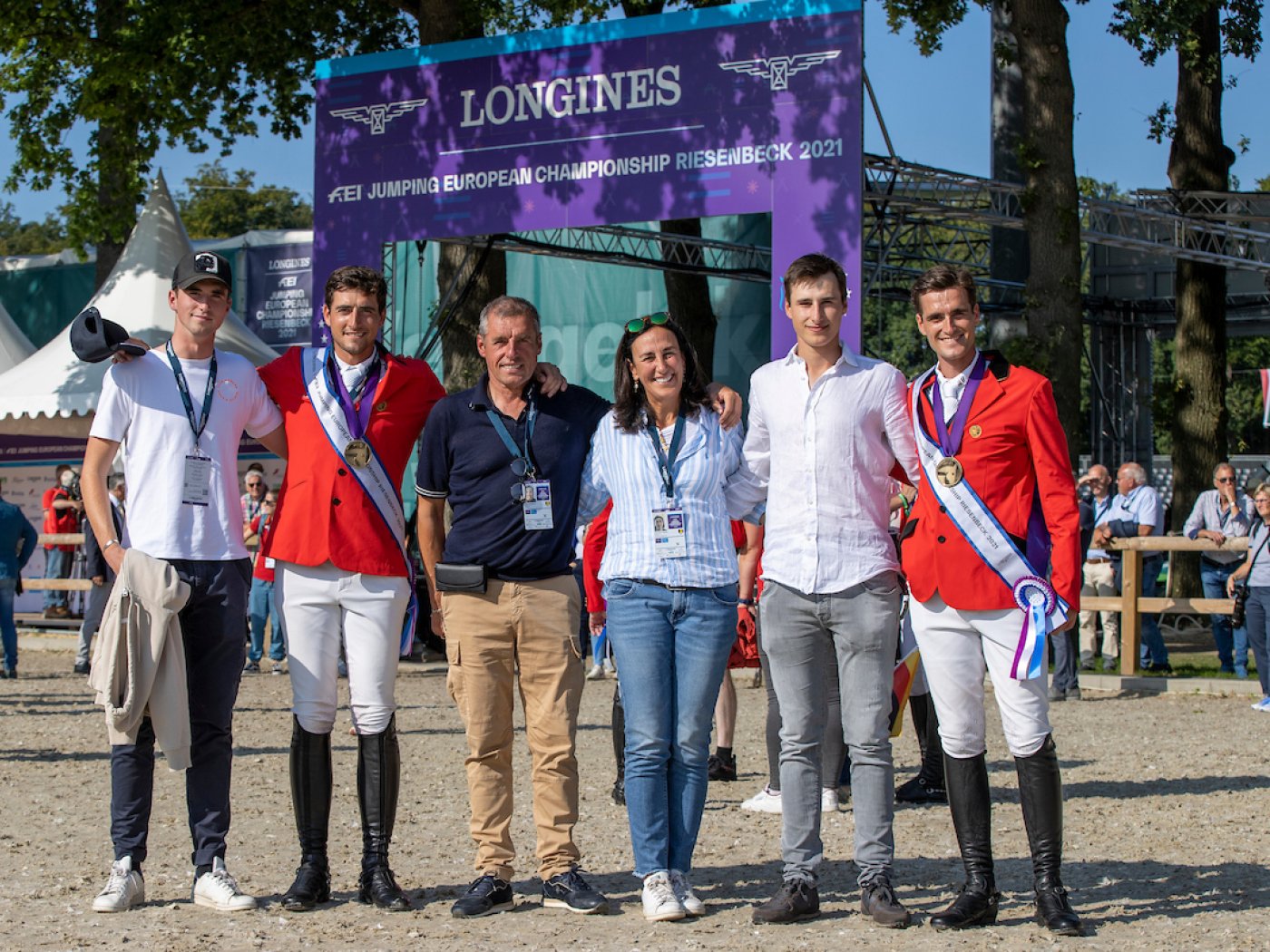 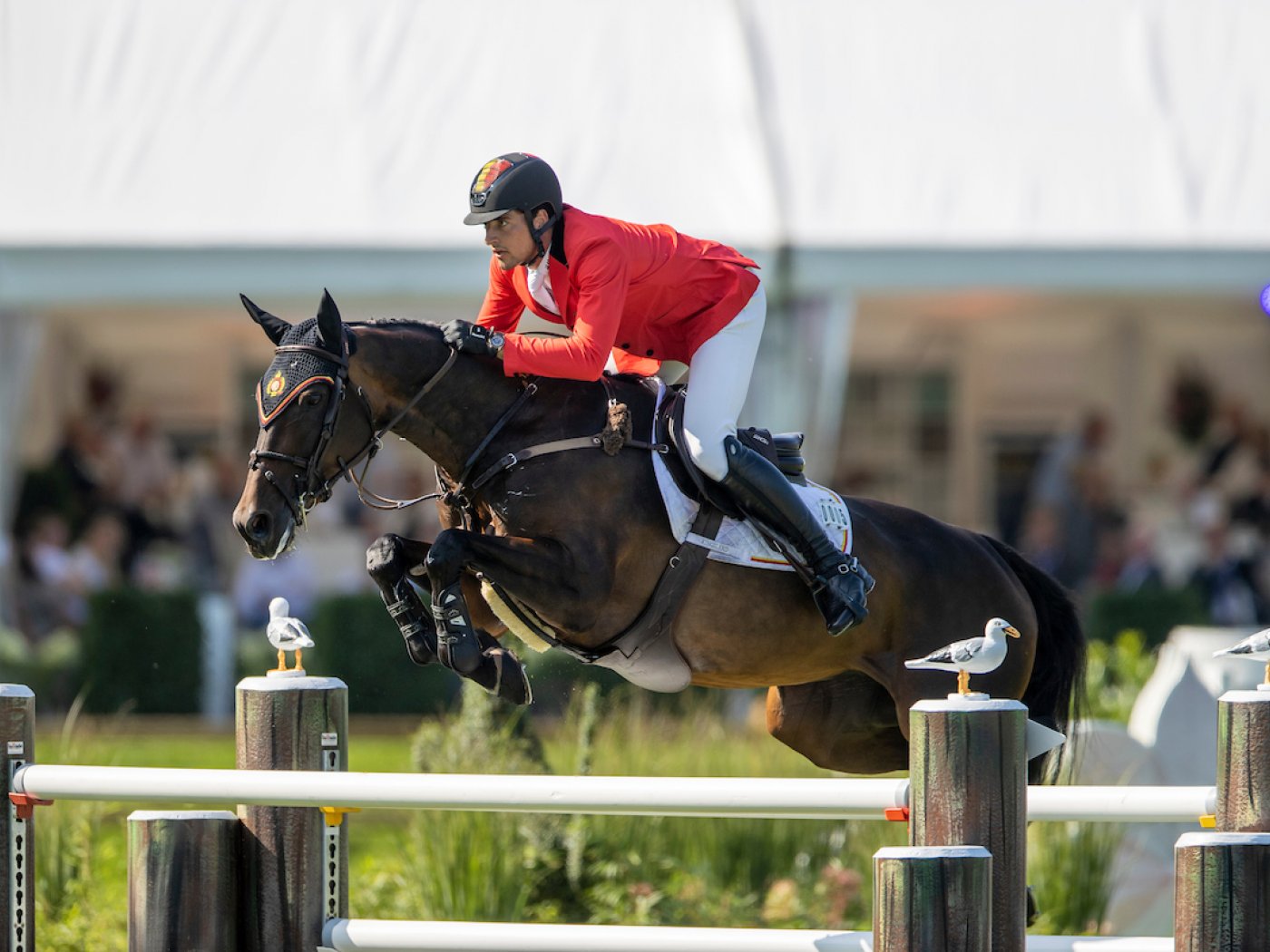 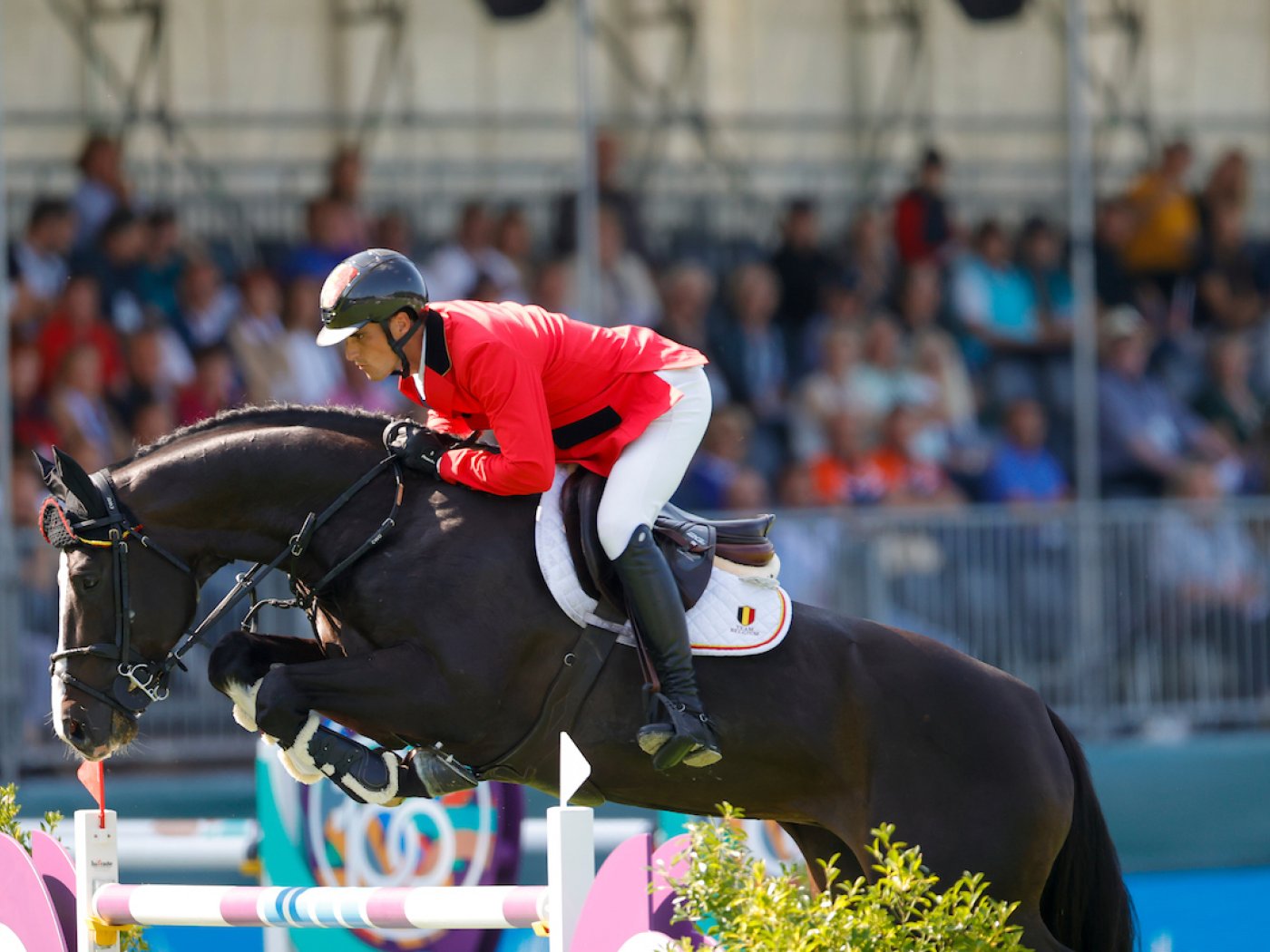 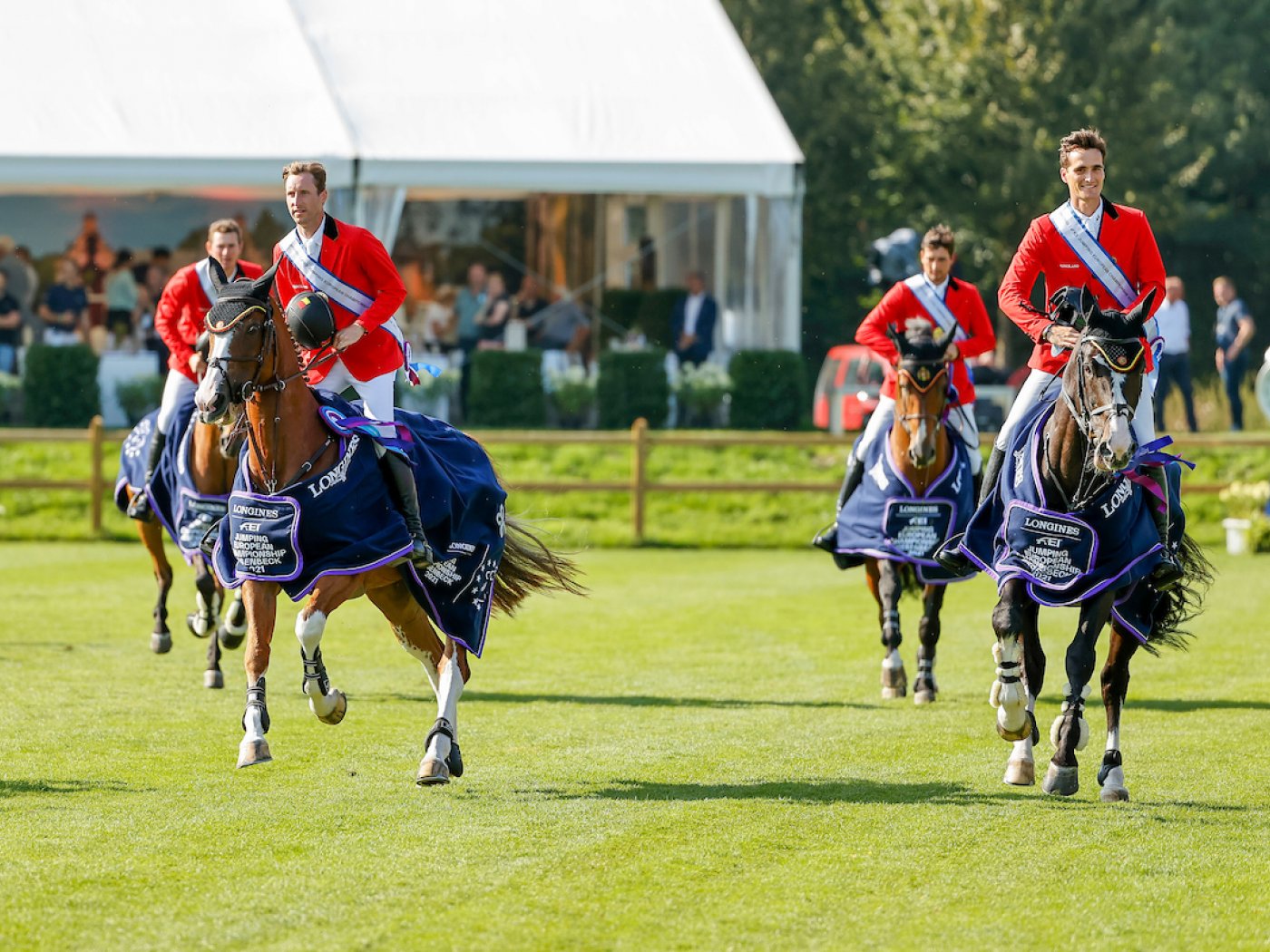 All Philippaerts brothers bring home a European medal this year

The European Championships in Riesenbeck are definitely worth a throwback for Olivier and Nicola Philippaerts. By finishing four amazing clear rounds during the second team competition Jos Verlooy, Pieter Devos, Nicola Philippaerts, and Olivier Philippaerts sealed the bronze medal. On top, Nicola ended fifth in the individual competition, as the first Belgian rider on the list. Earlier this season it were brothers Anthony and Thibault Philippaerts who were victorious in the European Championships for Juniors and Young Riders. All four sons bringing home a European medal, quite a unique performance and experience for Veronique and Ludo.

Belgium sent four top riders to the European Championships in Riesenberg, while all of their horses were debuting at this level. During Thursday’s opening, Pieter and Nicola (Katanga v/h Dingeshof) had both gone clear. Olivier (H&M Le Blue Diamond van ’t Ruytershof) and Jos both touched two poles. They ended the first day with fourth. The next day, Belgium was the shining team of the final, producing four spectacular clear rounds. An amazing team performance, resulting in bronze, just like during the Olympic Games.

“If your horse has no experience at a championship and she manages to stay clear twice, that’s just amazing.”, says Nicola. “Katanga is a small mare with a strong personality. She has a lot of blood and won’t get tired easily. I saw her improving day by day during the championship and she just kept giving the best of herself. Future wise, that’s quite a big asset. And our hard work paid off when I received the bronze medal together with my brother on Friday. That’s a unique and amazing experience that no one ever takes away from us again."

“When bringing home a medal on a championship like this, you can’t be anything but satisfied. So yes, I absolutely am delighted.”, says Olivier. “I made one mistake during the speed class, followed by two fences the day after. Halfway through the team competition, we were fourth on the ranking list, not so close to a medal though. When we started clear in the next round and Sweden got a fence down, we knew a medal belonged to our possibilities again. We remained clear, one by one, and did more than deserve that bronze medal. I totally agree with Nicola. That moment on the stage was very unique, a moment to cherish. Receiving a medal as a twin, that’s fantastic.”

All four Belgian riders qualified for the individual competition on Friday, but in the end, only Nicola and Pieter started. “I knew that the top ten was out of my league, so I thought it was better to save my horse a bit for the Grandslam in Aachen next week.”, says Olivier.

Nicola and Katanga v/h Dingeshof prepared for a thrilling final. With only three clear combinations in the first round, the hopes were still there for Nicola, who made two mistakes and dropped from a seventh to an eleventh place. However, Nicola and Katanga produced a brilliant clear last round, a performance only two combinations managed to succeed at. Nicola closed the European Championships fifth.

“The eight faults in the first round were very unlucky. We were just one fence from a medal.”, says Nicola. “The course for the final was though. But we made it and ended fifth. To produce a clear final round after a heavy week, that’s really strong. So thank you, Katanga.”

After Anthony and Thibault’s golden medals at the European Championships in Villamoura earlier this year, it’s now Nicola and Olivier’s turn to bring home another European medal. A performance Ludo couldn’t be more proud of. “I’m blessed, putting down these performances after a heavy covid year, wow. The Belgian team was very strong, but also our own team performs at a high level. The grooms take very good care of the horses and spoil them well, my sons are training very hard, everyone is doing an amazing job. We live horses is our slogan, and we really do”, concludes Ludo. 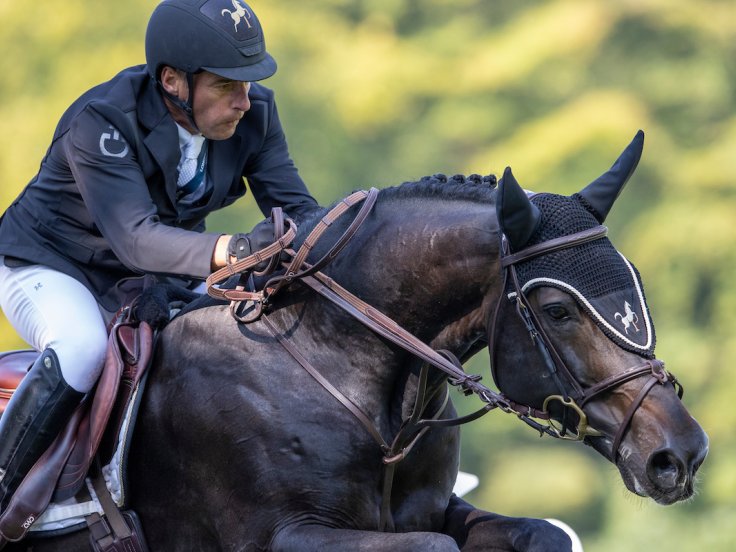 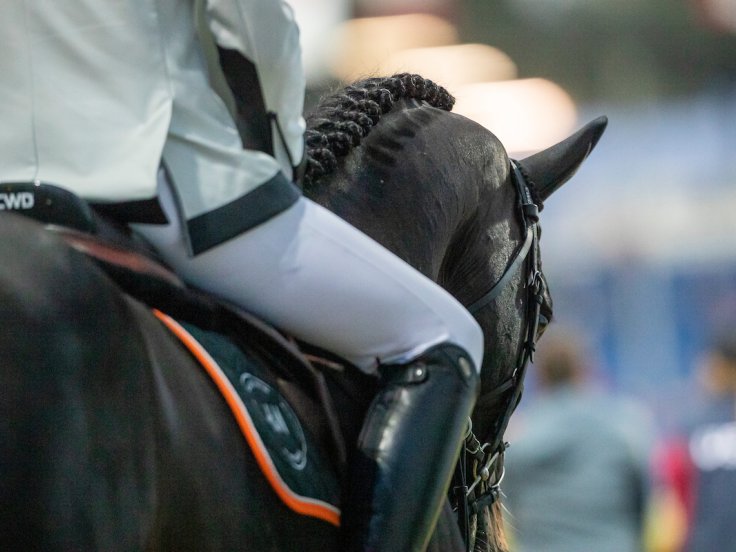 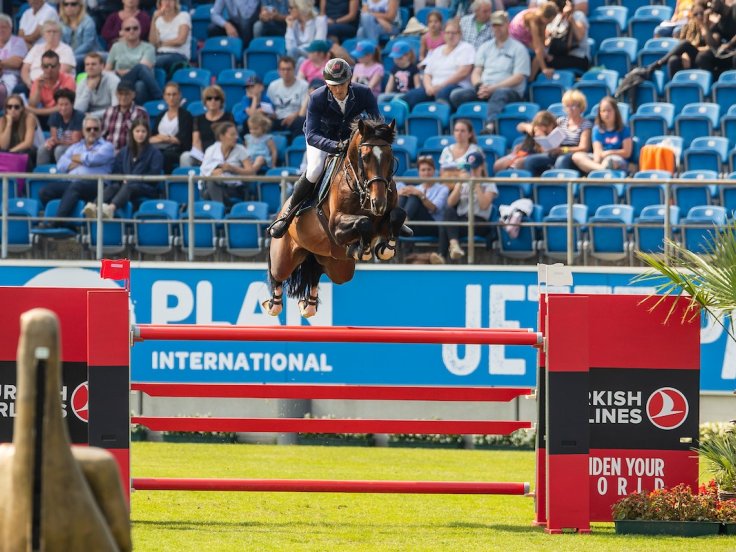 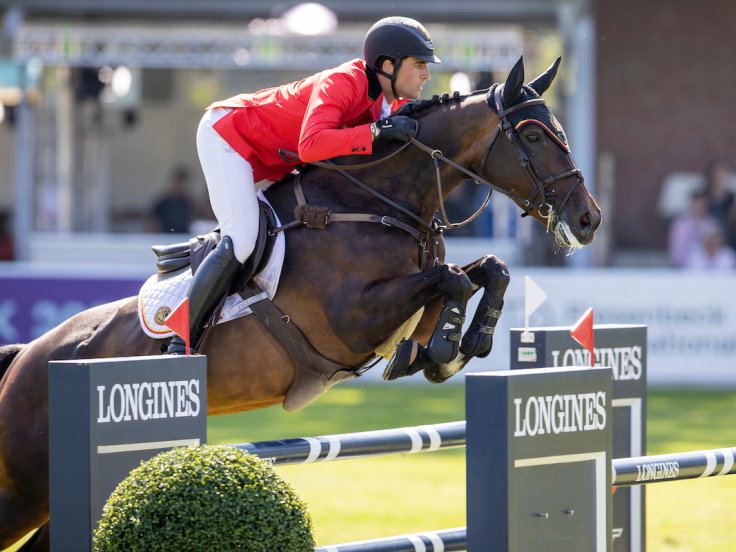