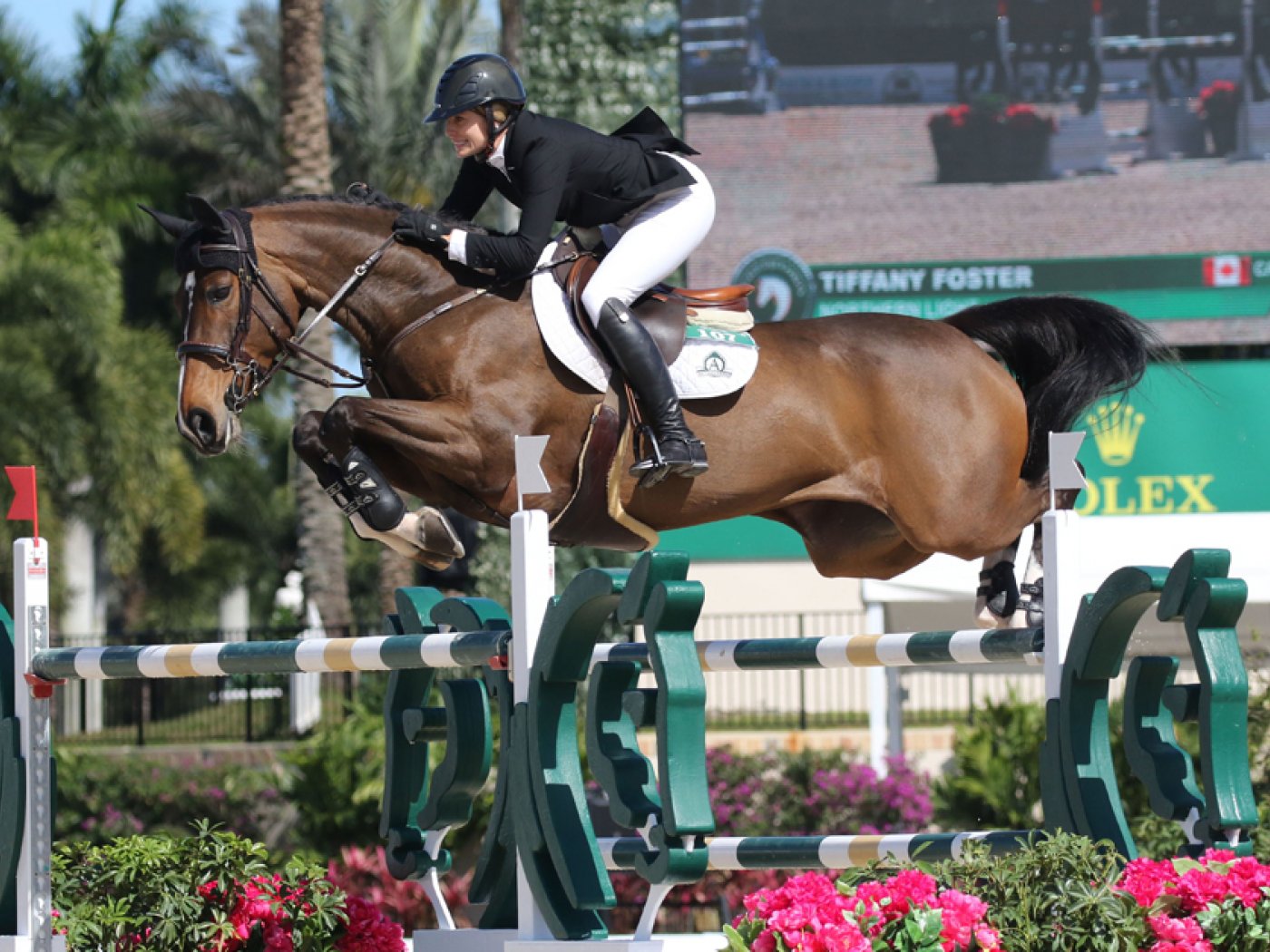 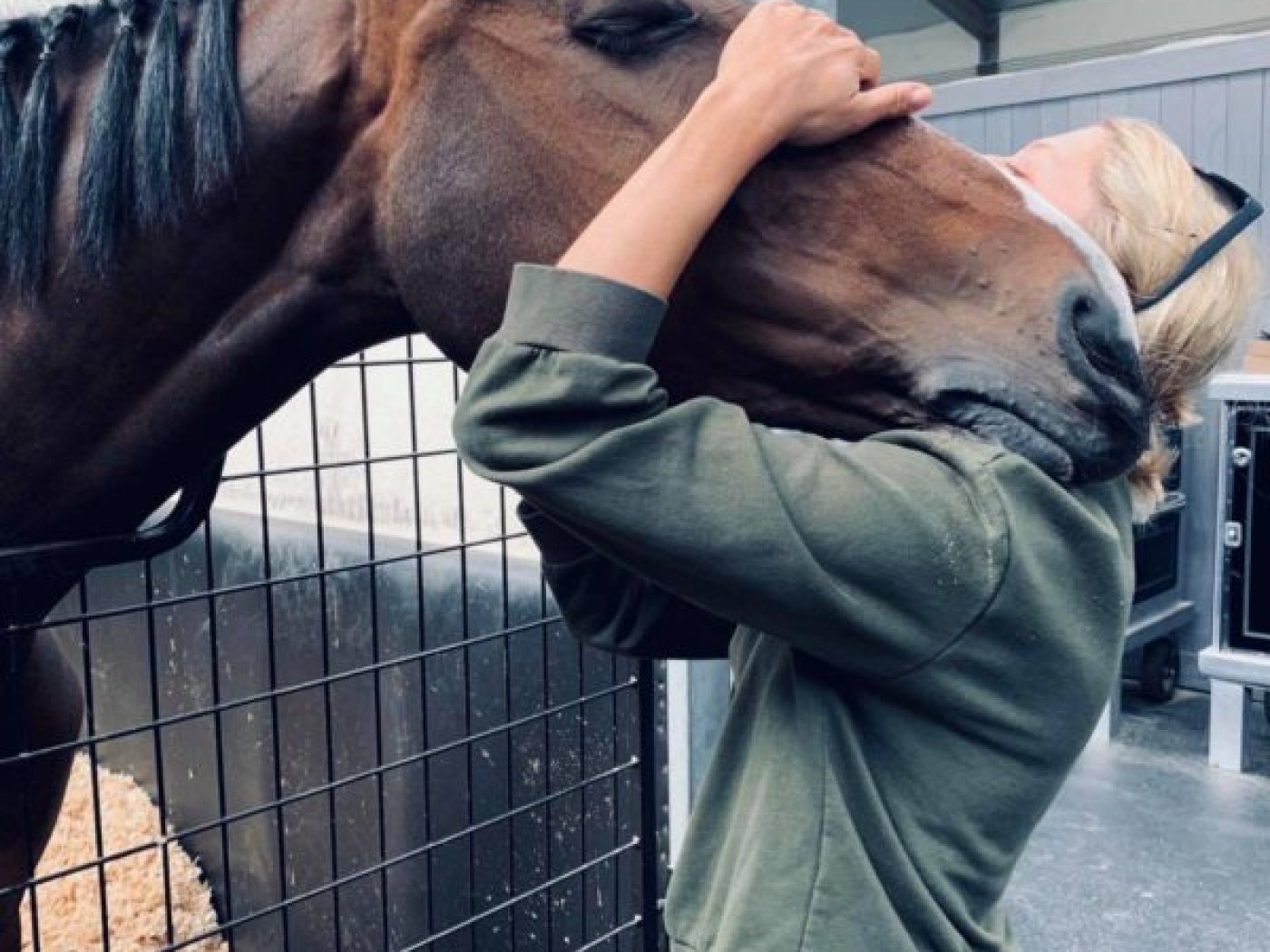 The relatively new partnership of Northern Light and Tiffany Foster is off to an impressive start. The pair won the CaptivOneAdvisors 1.50 Classic during the third week of WEF in 2020, in what was only her second 1.50m ever and their first jump-off together. “At this point, I don’t see a limit for her,” says Foster of the nine-year-old Swedish Warmblood mare. “She has incredible physical ability and a great mind. I hope to represent Canada with her one day and I hope the shows start up again soon so I can keep moving her up and see what she can do!”

Back Story
Nora was bred at Northern Stud in the north of Sweden by Ingrid Ragnarsson. She was then purchased by Ludo Phillipaerts in Belgium as a six-year-old. Olivier, Thibault and Anthony Phillipaerts all rode her while she was there. “Her most notable result was a seventh-place finish in the FEI World Breeding Championships for seven-year-old horses with Olivier in 2018. She is a very efficient jumper so she’s not overly spectacular to watch, especially over small jumps, but Olivier had a strong belief in her because the feeling when you ride her feels a lot better than it looks!”

First Impressions
First impressions can sometimes be deceiving, and Phillipaerts’ belief in the mare’s ability to impress in person can be credited for her introduction to Foster’s string. “Olivier had called Eric Lamaze and told him he thought the horse was very good and that he should try her. Eric was not very impressed with the video and told him not to bring her. Olivier was planning to bring a couple of other horses for Eric to try and brought her even though Eric told him not to! Olivier told Eric he really thought he should look at her, because watching her jump on the video did not do her justice. Eric had one of his riders try her and while he was watching her he thought she would be a good match with me. He called both me and my sponsor, Andy Ziegler, and said he found a horse he thought would be perfect for me, so we decided to try her.”

Perfect Match
Foster knew from their first ride that they would be a good match. “I loved her when I tried her. I love when I feel like a horse knows how high they need to go to clear the jumps. She felt very intelligent to me and easy to ride.”

Unflappable in any Situation
One of Nora’s biggest strengths is her consistently unflappable attitude; she is level-headed no matter the environment. “Her biggest strength is definitely her mind. The first shows I took her to were on the Royal Moroccan Tour in Morocco. It is a three-week tour and you go to a new venue every week. The first week is in the heart of Tetouan in a crowded stadium, the next week is in Rabat in a huge open arena, and the third week is in a smallish indoor arena. She was the exact same in each different setting; she just goes in the ring and gets the job done. In my opinion, she has no weaknesses. She’s perfect!”

Cuddly People Personality
A bit standoffish towards other horses, Nora loves her people . . . and her food! “She has a wonderful personality and loves people. She is definitely an alpha mare and is not very nice with the other horses, but she loves people. She is extremely cuddly and will fall asleep with her head on your shoulder when you’re petting her. She is obsessed with food and we have to put her stall closest to the feed room so she doesn’t break down the walls at feeding time. She loves all treats, but especially Stud Muffins.”

Oink Oink
She knows when to turn it on, although she may be a bit slow to get things started in the morning.  “She has a lot of energy in the show ring, but she can actually be a little lazy at home or in the warm-up ring. As soon as you pick up the canter and head to the first jump in the ring she is off! I wear the smallest spurs I have on her because she’s so eager to get to the jumps. She makes a weird oinking noise when she first starts trotting or over the first few jumps in the warm-up ring. It sounds funny and when she’s doing it you can’t imagine she is a show jumper!” 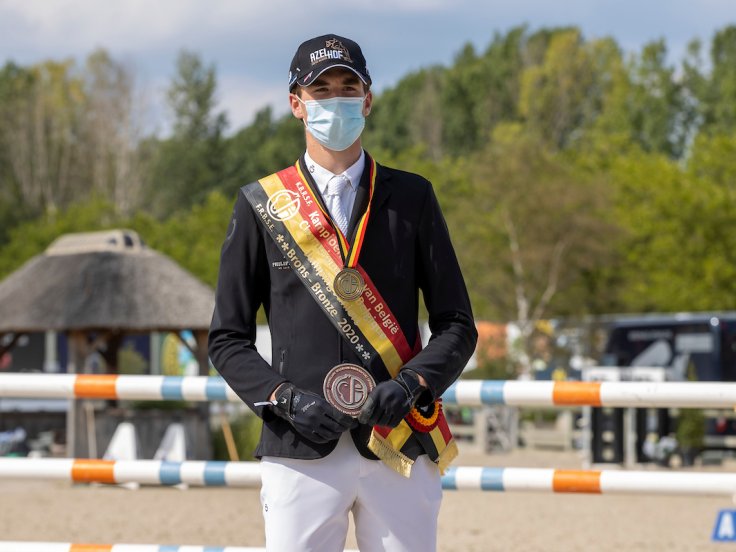 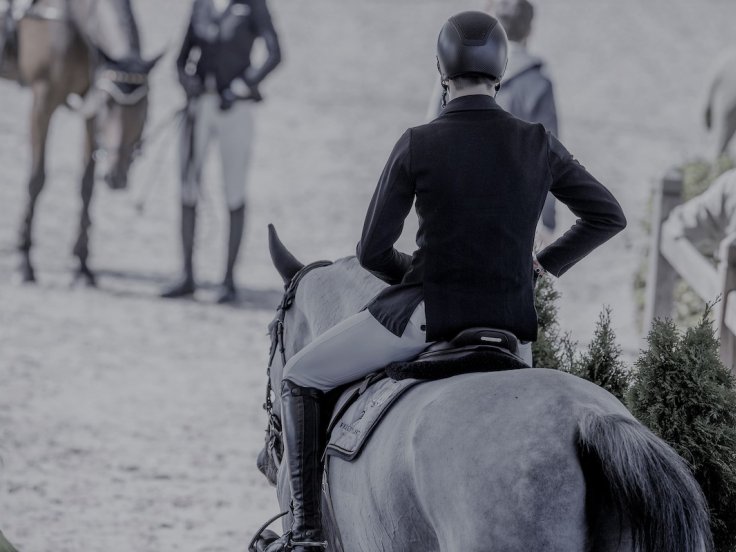 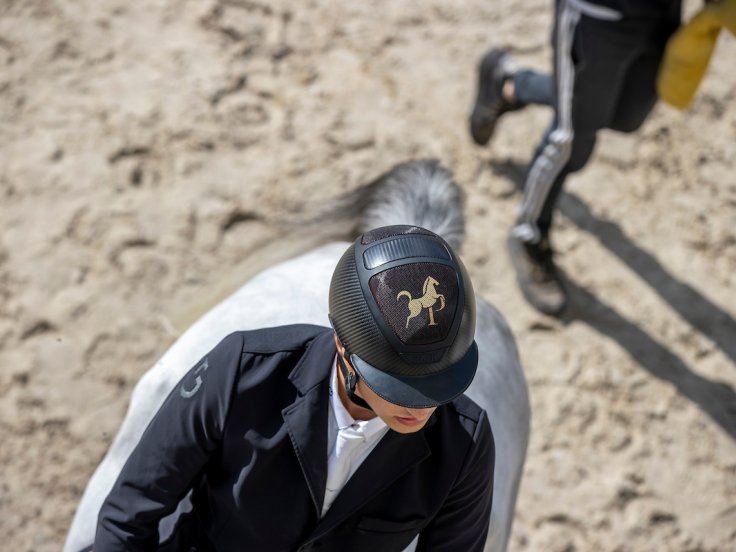 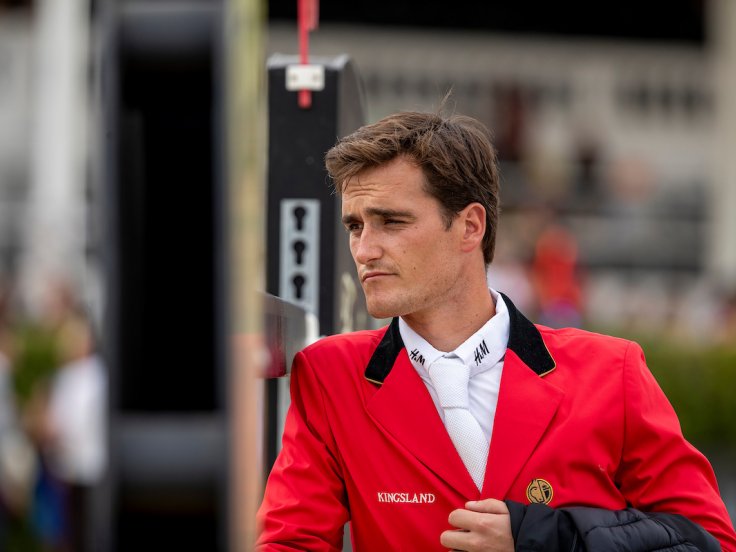